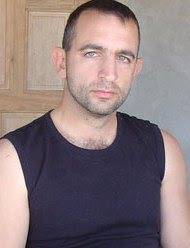 How you started: I started training when I was 11 because I was very small and got beat up at school. So I started training with H. David Collins, he taught American Empty Hand Fighting, which was basically kick boxing with a kung fu background. From there, I went on to work with pro-boxing coaches. I boxed in the military. I had 45 fights and won 44. I went on to train for several professional fights but only had two pro fights, both in Asia. In 2001 I moved to asia and have been training nearly full time ever since, moving from country to country, training with different masters.

I host the web TV show, Martial Arts Odyssey, where I travel from country to country training in martial arts. Unlike the shows on Discovery channel is that my show is about my real life. These are real masters and they are people I really train with. I have lived in about ten countries in my life and we have filmed martial arts odyssey is about six or eight countries.

Why you think this martial art is good: the best martial arts for striking are Khmer boxing, Muay Thai, and western boxing. They are simple, practical martial arts that teach you to strike and to get hit. Kuntaw, Yaw Yan and Bokarto are arts that include some ground fighting and grappling. I am not an expert in ground fighting, MMA or BJJ is better for ground fighting. But it is good, if you like striking, to start with a boxing or kick boxing art and then use something like Kuntaw or Bokarto to transition into ground fighting and then go get real training in either wrestling or BJJ.

Other Advice for the newbies: It doesn’t matter what art you train. Just train hard. Train every day. Don’t drink alcohol, don’t smoke, don’t use drugs. Don’t commit crimes. Train with as many masters as you can, but train seriously with each one to the black belt or brown belt level. We will start the posting this soon and for us Bokarto is an art where not alot of people have heard of it, it would be good if we havecolums like this to intro to the new people

Labels: From the Pros