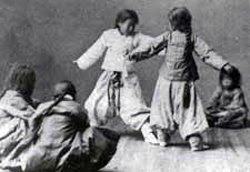 
Taekwondo is Devided into 2 Federations, ITF (Internatinal Taekwondo Federation) and WTF (World Taekwondo Federation) The name "TaeKwonDo" means Tae = Kick, Kwon = Punch, Do = Way or better known as "The way of Kick and Punch" although the martial arts focus more on it's deadly kicks. The is an arguement on how Taekwondo was founder, some mention that it is the earlier form of Korean Martial Arts some 2000 years ago and some states that it was influenced by neighbouring countries such as Karate from Japan. The earliest recorded date goes all the way back to 50BC. Tae Kyon (Subak) is considered the earliest known form of Taekwondo and now it has evolved into an Olympic Sport.


According to worldtaekwondo.com, although the 1st appearence of Taekwondo is during the period of the Goguryo kingdom, The credit still goes to Silla's warriors (known as Hwarang) as they carries the responsibility on spreading the martial art. Silla was the smallest of the three kingdoms (of Goguryeo, Silla and Baekje) and often being attacked by Pirates and received help from Goguyyeo Kingdom and a few selected warriors from Sillan were trained in Tae Kyon by the Martial Art Masters from Goguyyeo and these warriors are known as Hwarang. The Hwarang's Studies include Tae Kyon, History, the Philisophy from China's most famous philosopher Confucius, ethics, Buddhist Morality, and military tactics.

The 6 basic principals (5 codes of human conduct)that the Hwarang warriors follows were loyalty, filial duty, trustworthiness, valor, and justice and this codes were written by a Buddhist scholar (Won Gwang) and Taek Kyon was spread throughout the whole Korea because of Hwarang Warriors.

During the the first half of the Yi Gynasty (1397 to 1907) Tae Kyon's books was widely spread with the intention to be taught to the Public as perviously it is only taught in the military. But the glory soon came to an near extinction due to political conflicts and the lack of interest causes Tae Kyon to become fragmented and scarcely practiced throughout the country.

Due to invasion from the Japanese in 1909, Tae Kyon made a big come back and many Koreans trained in Tae Kyon secretly in Buddhist temples Japan invaded Korea for 36 years and in 1945 when Korea is liberated there are variations of Tae Kyon introduced due to influence from other martial arts.

According to world taekwondo.com The first Taekwondo school (Kwan) started in Yong Chun, Seoul in year 1945 and many different school were opened from 1945 through 1960 and each claimed to be teaching the traditional Subak. This lead to different names such as Soo Bahk Do, Kwon Bop, Kong Soo Do, Tae Soo Do and Kang Soo Do. The Glory of Taekwondo came in 1952 there President Syngman Rhee was amaized by the performance of Tae Hi Nam and ordered all Korean soldiers to learn the Arts of Tae Kyon as a matodory subject.

The most historic day for Teakwondo is on 11 April 1955 where all the Tae Kyon Masters decided to merge their styles into one and was given the name of Tae Soo Do, but later changed into Taekwondo by General Hong Hi Choi (the 1st President of Korea Taekwondo Association. In1966 Choi founded the International Taekwondo Federation (ITF), which also served as president. and later moved the ITF headquarters to Montreal, Canada, from where he concentrated on spreading Taekwondo internationally.

Young-wun Kim the 2nd President of KTA dissolved the ITF's connection with the KTA and created a new governing body called the World Taekwondo Federation (WTF) in 1973. WTF is the official organization that is recognized by the Korean government as an international regulating body for Taekwondo. The World Taekwondo Federation has since made a major effort to standardize tournament rules and organize world class competitions. Later WTF became an affiliate of "the General Assembly of International Sports Federation" (GAISF), WTF was recognized by IOC in July 1980 and Taekwondo was designated in 1982 as the Official Demonstration Sports for the Olympic Games in Seoul in 1988

Since the modern day Taekwondo's birth in 1955, its has spread rapidly across the globe as as sport and over 30 million was reported to be Taekwondo practitioner in more than 156 countries.

In April 2002 Mrs. Linda Park become the GTF President and in the history of Taekwondo she was the first time a woman becaming the 1st President of a major Taekwon-Do Federation.