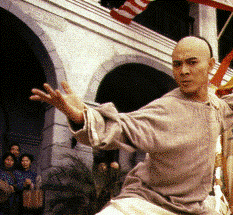 Most chinese educated friends might know about the name “Wong Fei Hong” but not much might know that Wong Fei Hoong is the most famous practitioner for Hung Kuen Kung Fu.

Hong Kuen is a Chinese Martial arts style from Southern China that was developed from the roots of Shaolin Kung Fu. Hong Kuen was initially developed for military purposes and by focusing on the value of it’s school which includes courage, perseverance, and discipline this value have not waver since then till now.

The Founder, Master Hung Hei Guen who was a tea merchant by trade who was associated as one of the Ten Tigers of Shaolin developed the style throughout his life, but Hong Kuen started to manifest when Master Hung was being an apprentice of the Abbot of Shaolin Monastery. The most famous fist known till now is the tiger and crane fist that represent both hard and soft energy. Where one is focused to attack and the other focus on defend.

Hong Kuen’s stance is based on the 5 basic animals, which most people that is interested in China’s Kung Fu might know about, the styles are dragon that employs powerful punching techniques, snake focuses on speed and attacks on vital areas to take down their opponents, leopard can attack difficult reachable weak points of the body that are hard to reach, tiger and crane which was mention earlier uses the hard and soft energy.

Master Hung had many disciples in this life during the spreading of this martial arts and it spreads widely due to many are trying to rebel during the Ching dynasty in the south part of China. The Legend started when Master Hung had an apprentice by the name of Luk Ah Choi who is a Manchurian based in Guandong, where he refine the style further in reach out to even more practitioner, one of Master Luk’s student Master Wong Kei Ying who is also the father of Master Wong Fei Hong.

Many have said that it was not easy for martial arts to be taught to apprentice during the time of Master Luk, and stories was shared that the masters will be going around together with opera troupes to spread the art. And it was brought to another whole new level when the martial art was passed to both Master Wong Kei Wing and Wong Fei Hong.

Just like Wing Chun, Hong Ka practitioner also practices to use weapons in their practices like Butterfly Knife, Spears, Broad Sword and many other weapons but not all of the branches teaches the same as some are more focus on selected stance or type and the schools up to date is still refining it’s techniques therefore there are also variations like Black Tiger Fist, Taming the Tiger and many more was founded along the way.

Since the founding of Hong Kuen there are also many well known masters and many modified or more refined versions, masters such as Miu Tsui Fa and Fong Sai Yuk are also plays an important role to spread this martial art.

Sorry, as we cannot manage to get a good image for Hong Gar Kuen or Hong Kuen, we have to just pick an image from the net, image taken from wongfeihung.com
Posted by Unknown at 10:36 PM