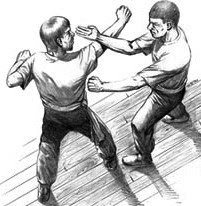 Wing Chun or Yong Chun translates to “Forever Spring” is a 2 type Martial Art which has both close-range body combat and armed combat (Butterfly Sword and Long Pole), and the most famous Practitioner in this Martial Art is none other than my idol Mr. Bruce Lee which founded Jeet Kwan Do which compromise a mixture of few martial arts.

Most of the martial arts is named after the style they carry like the art of punch and kick or the art of sword except Wing Chun. Not all are familiar with the name Wing Chun Yim, but she is the Great Grandmaster of Wing Chun, legend says that Master Yim learns about martial arts from a Buddhist nun, Ng Mui from Shaolin due to a challenge from a local warloard and if Master Yim loses the challenge, she will be forced to marry him. And of course she won the challenge, and later she marries Bac-Chou Leung, and Master Leung was Master Yim’s first disciple and Master Leung was the one who named the martial art using his beloved’s wife’s name Wing Chun.

Wing Chun’s style of Martial Art is well known for it’s speed as it’s attack are targeted towards the straightest possible path to hit it’s opponent. I guess that is the same guideline that Jeet Kwan Do follows. I’m not trying to be bias here, but “most” female have less force than male Martial Artist when it comes to attack, therefore Wing Chun which originated from Master Yim focus on perfect timing on both the stance and movement to defeat the opponent rather than using force itself. Therefore Wing Chun is suitable for people who is weaker in strength as muscles and strength are not a requirement in this martial art.

Instead of having a big set of biceps, the art of Wing Chun believes that the winning chances will side the person with a better structure or stance. Wing Chun also trains the practitioner about being aware of their own body movement to maintain body balance so that one can recover quickly after avoiding an attack.

Chi Sao or sticking hands is most seen in Chinese Martial Arts Movies as this practice is used to develop the reflexes in Wing Chun. This practice help the practitioner to understand it’s opponent’s movement and to both attack and counter their opponent’s movement precisely and also to learn how to trap it’s opponent from moving into another attack.

Image taken from: davydoom.com
Posted by Unknown at 9:13 PM